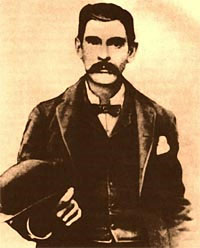 Mumbles is the father of past posting cheating method of roulette. He was sick for throat cancer and to prevent that an operation had taken place to his throat and for that cause he could not speak for the rest of his life. He could only talk when necessary with the help of a mechanical voice creator otherwise he only use yes or no to do his work. So far, people do not know what his real name was, but it is clear that he born in the New York City in the 1897.

The past posting technique was invented in the Puerto Rico when he went there for the treatment of his throat cancer because of the warmly climate of that country and his sister also was a registered of that country. He was addicted with gambling and used to gamble by playing into casinos of San Juan. One day, while playing craps he placed a pass line bet of $5 on red chips.

Another player who was next to he increased his bet to $30 combining of $25 green chip and $5 red chip from past $10 bet for 2 red chips. When the shooter made the winner all the pas line bets were paid for and the guy next of Mumbles got payment only $10 because the dealer could not see the green chip under the 2 red chips.

When that guy argued that he got less payment and the dealer checked the green chip under the red chip he apologized instantly and gave the payment for that green chip. Mumbles thought that this is the chance to gain more from the silly but logical mistakes of the dealer and from that time the era of past posting start.

Use of Past Posting Techniques

After that incident, Mumbles started the technique fully. He used that technique in craps and roulette but did this technique in roulette for most of the time because when the ball was going to stop the dealer looks to the ball not to betting table and that is chance to change betting position of the chip. This technique really worked for him and he earned a lot by this cheating and this simple move can change the result of the whole game.

He never captured by the dealer because he only played with that table what had only one dealer. He was so sharp and calculating that people who were next to him could not see what he was doing and that made him the best. Now this technique is known to everyone even the dealer so whenever you use the technique make sure that the dealer can not see.